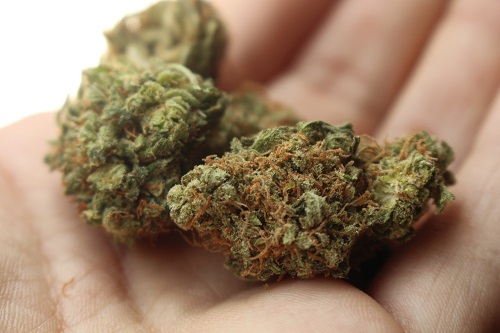 Marijuana testing has been a hot button topic over the last couple of years. We’ve done several blog posts about how it can affect your workplace and the legal status in specific states. But after meeting with Quest Diagnostics this past week, we realized some staggering statistics about Marijuana use in the U.S. today.

22.2 million Americans aged 12 or older were current users of Marijuana in 2015

This equals to about 8.3% of the total population in the United States alone. It has actually been dubbed the most commonly detected drug for more than 3 decades of drug testing. And the latest Drug Testing Index (DTI) showed that Marijuana positivity is increasing dramatically in all three drug test specimen types including urine, hair, and blood.

Marijuana is typically smoked using cigarettes or pipes, but it can also be mixed into edibles and drinks. Potent oils and waxes can be extracted from the Cannabis plant. Recently, the federal government relaxed some restrictions to allow researchers to study more strains of marijuana and its therapeutic effects on specific medical conditions.

Colorado and Washington became the first states to legalize recreational Marijuana use in 2012. This legislation captured the attention of the media, government, and the general population, all of whom have been eagerly watching to determine the impact.

38% of employers will reject a candidate who uses Marijuana, even if it is for medical reasons

Current laws do not require an employer to accommodate on-duty drug use or prohibit an employer from taking action if an employee is working under the influence of Marijuana. Most organizations still have a zero-tolerance policy towards Marijuana.

What have we learned? While various forms of Marijuana continue to become legalized, over 28 states and counting, employers still aren’t removing it from their drug testing panels and probably won’t be anytime soon. Quest Diagnostics has even shown that in 2016 more than 99% of all workplace drug tests performed by them continued to screen for Marijuana.

For more information on drug testing trends and any questions you would like answered please visit accrediteddrugtesting.com