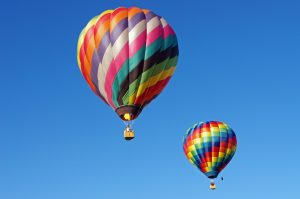 The National Transportation Safety Board (NTSB) announced that the pilot of the deadliest hot air balloon crash in U.S. history had seven different drugs in his system at the time of the accident.

The tragic event took place in the early hours of July 30, 2016 when Alfred Nichols was piloting a hot air balloon near Lockhart, Texas, with 15 passengers on board. The tragic event unfolded when the balloon crashed into a nearby field after colliding with high-voltage power line. All 15 passengers including Nichols, were killed in the accident and the balloon was substantially damaged after hitting the power lines and catching fire.

According to NTSB records, Nichols had a history of medical and psychiatric conditions which included, diabetes, depression, and he was being treated with several different medications commonly prescribed for chronic back pain, attention deficit disorder and fibromyalgia, among his other medical ailments.

Autopsy findings showed some alarming results. three of the medicines that were found in his system — diazepam (i.e. Valium), oxycodone (i.e. Oxycontin) and methylphenidate (i.e. Ritalin) — are drugs that legally prevent a pilot from obtaining a medical certificate and are not currently tested for on the DOT 5 panel drug screening requirements.

Other medicines that were found — cyclobenzaprine (a muscle relaxant) and diphenhydramine (i.e. Benadryl) — are medications that pilots are informed not to fly while taking, in as much as those drugs could impair the pilot and prevent the pilot from flying safely, per NTSB documents.

The FAA could possible issue a “special issuance of a medical certificate,” which allows pilots suffering from depression to fly, but only if the pilot proved that after six months of treatment, the pilot was clinically stable on one of four FAA-approved medications.

In this tragic accident, Mr. Nichols was found to have bupropion (an anti-depressant) which is not one of the four FAA-approved medications.

Upon further investigation, Nichols also had multiple arrests, convictions and incarcerations, which included five alcohol-related incidents, possession of drugs, and driving with a suspended driving license, according to FBI National Crime Information Center records and Missouri driving records, obtained by the NTSB.

Despite the mandatory requirement to report incidents of this type within 60 days of their occurrence, Nichols never reported any of his drug convictions or motor vehicle violations, according to testimony presented to the NTSB.

Even after discovering that Nichols failed to report alcohol-related motor incidents, the FAA ultimately dismissed legal enforcement action against the pilot, according to a July 29, 2013, letter sent by the federal agency to Nichols.

In an NTSB testimony today, the FAA said it decided not to pursue legal action against Nichols because of its “Stale Complaint Rule” and its inability to show “appropriate diligence.”

The “Stale Complaint Rule” is an FAA rule that says any complaint may generally be dismissed if the alleged offenses occurred more than six months before the time of the complaint, unless the FAA can show it took “appropriate diligence” in the case, according to testimony presented today at the NTSB hearing.

Furthermore, the FAA’s 2013 letter urged Mr. Nichols to document his alcohol incidents when applying for a future Airman Medical Certificate, even though the FAA does not require hot air balloon pilots to hold medical certificates.

FAA Federal Air Surgeon Dr. James Fraser explained at the NTSB hearing, though, that even if a pilot does not legally need a medical certificate, the pilot is still responsible from abstaining from flight if he is not fit to fly.

When asked whether the FAA should require a medical certificate for balloon operators, Fraser suggested it may be time for a change in policy.

“I feel a medical evaluation is a part of the holistic plan to keep the national air space safe,” Fraser said.

Following the hearing, NTSB Board Member Robert Sumwalt admitted that while the balloon industry and the FAA may have resisted change in the past, there may also be a renewed interest in cooperation with safety regulations.