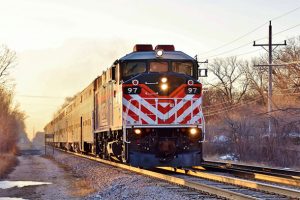 One rule amends the existing Roadway Worker Protection Regulation, while the second rule, Control of Alcohol and Drug Use, amends the FRA’s current drug and  alcohol testing regulations expands the requirements to now cover maintenance of way (MOW) employees.

The second rule fulfills a requirement of the Rail Safety Improvement Act of 2008.

The most recent amendments require that job briefings include information for roadway worker groups on the following:

“These new rules add another layer of protection for workers who work along and near railroad tracks and will help us reduce preventable worker injuries and fatalities,” said FRA Administrator Sarah E. Feinberg.

These updated changes came in response to a congressional mandate and recommendations by the National Transportation Safety Board (NTSB).  These changes allow the FRA to broaden the scope of its existing drug and alcohol testing regulation to include Maintenance of Way (MOW) employees.

“Whether you are an engineer, conductor or someone working alongside the tracks, safety requires alertness. Any reduction in awareness caused by drugs or alcohol use can often be the difference between life and death,” Feinberg added.

The final Roadway Worker Protection rule is effective April 1, 2017. The Control of Alcohol and Drug Use goes into effect one year after publication.