Pilot arrested On Tarmac After Failing Breathalyzer Before Take Off 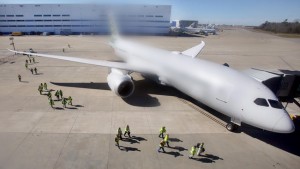 This past weekend, an American Airlines Co-Pilot was arrested on the tarmac as passengers looked on after failing a breathalyzer test. The flight about to leave the Detroit Metropolitan airport was en route to Philadelphia, was immediately canceled.

FAA rules state that “no person may operate or attempt to operate an aircraft” within eight hours of having consumed alcohol or “with a blood alcohol content of 0.04 percent or greater.” The agency recommends that pilots wait 24 hours from the last use of alcohol before flying. “This is a serious matter and we are assisting local law enforcement and the Federal Aviation Administration with the investigation,” American Airlines said in a statement. “We will handle this matter appropriately as the safety and care of our customers and employees is our highest priority.”

“A hangover effect, produced by alcoholic beverages after the acute intoxication has worn off, may be just as dangerous as the intoxication itself,” FAA guidelines state. “Symptoms commonly associated with a hangover are headache, dizziness, dry mouth, stuffy nose, fatigue, upset stomach, irritability, impaired judgment and increased sensitivity to bright light.” The guidelines then adds, “A pilot with these symptoms would certainly not be fit to safely operate an aircraft.”