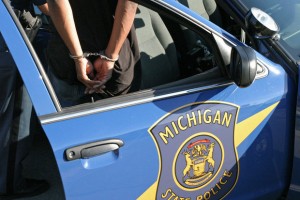 Michigan Senators Rick Jones and Tom Casperson, spearheaded Senate Bills 207 and 434, which established a one-year pilot program that would permit law enforcement officers trained and certified as Drug Recognition Experts (DRE’s) to administer a saliva test to drivers suspected of being under the influence of drugs like heroin, marijuana and cocaine.

“The saliva test conducted would be utilized in conjunction with the drug recognition 12-step evaluation currently used by DREs,” Governor Snyder stated in a press release upon signing the bills June 2016.

“The five-county pilot program will be used to help determine accuracy and reliability of the tests,” the Governor’s statement reads.

The Michigan State Police have already begun working on a plan to establish this pilot program for roadside drug testing.

This new law instructs the state police to pick five counties where it will conduct a one-year pilot program for saliva-based testing to check drivers for drugs like marijuana, heroin and cocaine.

“We expect the counties to be finalized this summer with a pilot to begin sometime later in the year,” MSP spokeswoman Shanon Banner said.