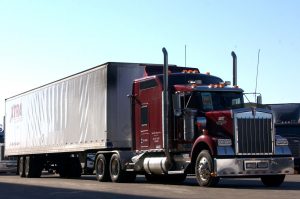 FMCSA reduced the required drug testing rate in 2016 from 50% to the current 25% of random drug testing for all ‘Safety Sensitive” regulated employees following years of tests yielding positive results at less than 1 percent.

The decision to lower the rate was due to three consecutive calendar years (2011, 2012, 2013) of drug testing data received in FMCSA’s Management Information System (MIS) survey which showed a positive rate for controlled substances was less than one percent.

On December 13, 2016, The Federal Motor Carrier Safety Administration (FMCSA) announced that it will maintain its current 25 percent random drug testing rate of truck operators in 2017.

All motor carriers will be required to be actively enrolled in a DOT Consortium and be subject to random testing of 25 percent of their drivers in the calendar year. This regulation also includes single owner-operators or leased carriers.

Per federal regulations, when the FMCSA receives data in their MIS for two consecutive calendar years and reveals that the positive rate for controlled substances is less than one percent, FMCSA has the discretion to lower the annual testing rate to a minimum of 25 percent of a carriers’ driver positions. However, if at any time the positive rate for controlled substances exceeds one percent threshold, the testing rate will automatically revert to the 50 percent benchmark.

The estimated violation rate for Breath Alcohol Testing for alcohol usage which reflects the percentage of drivers with a blood alcohol content of 0.04 or higher was 0.08 percent in 2014. For 2012 and 2013, the alcohol usage violation rates were 0.03 percent and 0.09 percent, respectively.