February 13, 2016
The Los Angeles County coroner has determined the recent death of an 18-year-old UCLA student, was caused by an overdose of Ecstasy 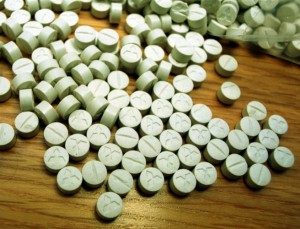 (methylenedioxy-methamphetamine). Ecstasy, or Molly/MDMA, is a psychoactive synthetic drug that alters mood and perception.

Ecstasy gained popularity in night clubs and raves, but is now reaching a broader range of users because of it’s ease of accessibility and low cost. Last month authorities in the Riverside area intercepted over 1,000 Ecstasy pills hidden in a jigsaw puzzle box sent through the mail.

Concerned someone you know or love has been using Ecstasy? Accredited Drug Testing is the premier source with local locations across the entire state of California to answer all of your drug and alcohol testing questions and needs!

Molly, which refers to the alleged “pure form,” often comes in powder form sold in capsules. These capsules, are cheap and generally sold in bulk. It is not uncommon for dealers to have large quantities of Molly, for the sole purpose of distributing to the masses. A popular venue for the distribution are at concerts or multi-day music festivals, known as raves.

With the surge in popularity of Electronic Dance Music, or “EDM”, many venues are hosts to these multi-day festivals. Most venues are equipped with on hand medical staff to assist with emergencies, but many festival goers camp onsite, and are subject to being left unattended. Another major issue that arises are the sheer mass of crowds that attend these festivals. On site medical staff are only equipped to handle a few cases of medical emergencies, and with the ease of Ecstasy’s mass distribution some overdose cases may be overlooked, resulting in death.

The Los Angeles County Fair Association is taking action against this outbreak, and stated that there will be no raves at the fairgrounds this year. Raves have stopped being held at the Los Angeles Memorial Coliseum and Sports Area in 2011 after several Ecstasy overdoes.

Although, there are fewer raves in the Los Angeles area, many events continue to arise outside the city that draw big crowds. This outbreak has sparked debate with authorities and law makers on how to reduce drug-related problems at raves.