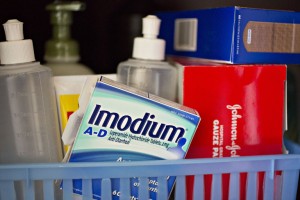 Death Tolls Rise On Anti-Diarrhea Drug as some people are taking extremely large doses of the anti-diarrhea medication Imodium in an attempt to get high, or to self-treat an addiction to painkillers, in what experts call a dangerous but growing trend.

Although the drug is safe in doses used to treat diarrhea, in large doses it can cause serious side effects, including breathing and heart problems, and even death. A new report describes two cases of people who died after overdosing on Imodium, also called loperamide, which is sold over-the-counter.

Death Tolls Rise On Anti-Diarrhea Drug such as Loperamide that is a opioid drug, meaning it belongs to the same class of drugs as some prescription painkillers. Regular doses of the drug won’t cause a “high” because only a tiny amount gets into the blood stream. But at very large doses, the drug can get into the blood stream and brain, and cause effects similar to those of opioid painkillers, the researchers said.

The new report describes two cases, a 24-year-old man and a 39-year-old man, who took very large doses of loperamide in an attempt to treat their opioid addictions. When the 24-year-old man was found, his heart had stopped beating. The 39-year-old man reportedly gasped for air before collapsing, which suggest that he experienced a sudden irregular heartbeat, the researchers said.

Although both men received emergency medical services at their homes, they died before they got to the hospital, the report said.

“People looking for either self-treatment of withdrawal symptoms [for opioid addiction] or euphoria are overdosing on loperamide with sometimes deadly consequences,” study co-author William Eggleston, a clinical toxicologist at the Upstate New York Poison Center. “Our nation’s growing population of opioid-addicted patients is seeking alternative drug sources, with prescription opioid medication abuse being limited by new legislation and regulations.”